Defeating the Demons of Decoration

This would look perfect above our sofa!

It might be true that most of the visual art being purchased, is bought purely for its utility as wall decoration. It may also be true that a majority of visual artists are content creating an oeuvre of pretty pictures. But good art, real art, serious art, transcends decoration. The best art is analogous to the best literature—it makes us think. It causes us to question. It induces wonderment. 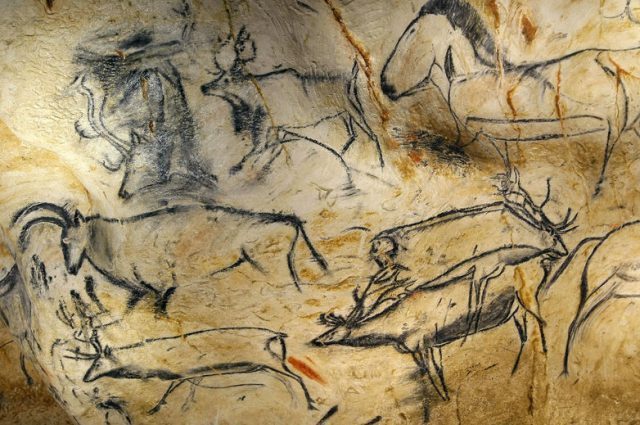 Artists attempting to create work that is capable of defeating the demon of decor are faced with considerable challenges. Historically, even in non-Western, or ancient cultures, the most culturally important artists would have their creative fates enslaved to religion. Whether it was Catholicism or Animism, the role of the serious artist was often the role of shaman. Artists that wanted to tackle tangential projects needed to find a way to support themselves. They often also needed to find a way to protect themselves, since when art was meant to serve religious orthodoxy, any art that failed in that regard was often considered threatening. Usually with disastrous consequence to art and artist alike. 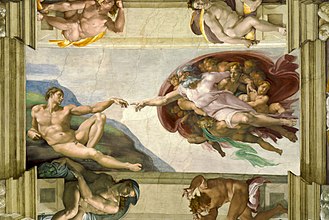 Nevertheless, the most important art of every era and culture transcended mere decoration. Even if the artists creating it were slaves to their cultural masters. Very few artists at work before the 18th century have left us a body of work that transcends any combination of religion, politics, or decoration. One possible exception being the brilliant polymath, Leonardo da Vinci, whose private sketches serve only his own purposes.

Some time, I’d place it near the end of the 19th century, visual artists in the Western European tradition, began to break free of the shackles of cultural and religious hegemony. A new phenomenon  emerged. The idea of artists creating art that was purely for their own interests. The best (most commonly referenced) example of these were the Impressionists. A group of artists who tried to push the limits of observation and experimentation to its limits.

Finally, there was an art for artists.

The seeds of demonic decoration were thus sown…

The art of the Impressionists is today considered to be beautiful. In its time it was considered revolutionary. Radical. Even dangerous. Art for art’s sake, art created by artists for their own purposes was virtually unheard of until this time. It was an art that truly defeated the demons of decoration. And yet…

Today the art of these radical artists adorns dorm rooms on cheap poster paper. It can be found on coffee mugs and pillow cases, or trampled underfoot on cheap throwaway rugs. Only a tiny minority of artists and art history buffs still appreciate this art for what it truly was, and should truly remain.

As the twentieth century dawned and progresses, the same fate seems to have overtaken nearly every major art movement. Non-representational art such as abstract expressionism, geometric abstraction, and even pop art, have moved from underground artist studios, through avant garde galleries, to the walls of banks and multinational corporations.

Once again, what began as a revolution in visual representation, ended with a whimper, on the walls of Ikea furnished apartments in suburban cultural wastelands.

There must be some way out of this place!

I am far from the first artist to notice this phenomenon. It is a big reason that I was attracted first to Dada, and later, to Fluxus.

Dada emerged from the ashes and ruins of the First World War. Artists, sickened by the death, destruction, and depravity of warfare, needed an art that could not be usurped. That by its very nature was resistant to being hung on walls to decorate living rooms and bedrooms. Art that would be difficult. Art that would be meaningful, precisely because the semiotic references and inferences would be non-obvious. Art that was for a revolution that could not be co-opted by men with money, or powerful people with mainstream (but ultimately destructive) agendas.

Fluxus began in the 1960s, but grew out of a similar confluence of disillusionment and experimentalism. Fluxus was generally much less nihilistic than Dada, and was more self-consciously concerned with the media and cultural milieu in which the associated artists worked. Fluxus artists tended to create works that could be documented, presented and re-presented, even sold or traded; and yet remained somewhat ephemeral, and difficult to usurp commercially into the dominant culture. The two most common “products” of Fluxus artists were the Fluxbox or Fluxkit, and the Event Score. Fluxkits were either limited or open editions of collaborative works. Sometimes offered for sale, and often traded among the project participants. Often the works were traditionally attributed, but were left unsigned, making their commercial values difficult to quantify. Even in the case of some of the groups most famous members, like Yoko Ono, works can be located for sale today for prices that would bankrupt commercially oriented artists like Damien Hirst or Jeff Koons.

Where can we go from here?

Aye, there’s the rub. It seems that artists who want to create serious art that is capable of defeating the demons of decoration are in bind. In a sense there really is no way out of it.

One might try creating ugly art, but even art that some feel is ugly, will be found to be attractive enough for someone’s wall. There are subject matter games that can be played. For example, while even the most “difficult” abstract (non-representational) art will find a home on the wall of a bank or law firm, nudity and sexually provocative content is still taboo in the staid world of corporate interior decoration. But even sex and nudity are now consumed as entertainment and titillation, and not so much for artistic integrity or conceptual intentionality.

If the doors of perception were cleansed every thing would appear to man as it is, Infinite. For man has closed himself up, till he sees all things thro’ narrow chinks of his cavern.
~ William Blake, circa 1793, The Marriage of Heaven and Hell

Opening the doors of perception

There is no way to escape the demons of decoration when it comes to any work of art that is intended to be hung on a wall. Works that exist in three dimensions (sculpture) is similarly doomed to decoration. Still, there is a way to create art that transcends its own destiny.